In NTNU’s manuscript collection in Trondheim, no less than 22 complete violin concertos from the 18th century have been preserved. Currently, there are two concertos that remain anonymous, with no other known sources, and two that are of spurious origin. The collection has apparently been kept together since the 1780s, and it is likely that this music was performed in Trondheim throughout the 18th century by the Stadsmusikant (town musician) and his staff of professional musicians (‘assistants’). Consequently, these works belong to the oldest classical music to have been performed in a professional context in Norway.

In the 18th century, Trondheim was a prosperous city. A handful of wealthy families from Schleswig-Holstein, a duchy under the kingdom of Denmark-Norway, settled in Trondheim and built their fortunes in exporting fish, lumber and copper from the mines of Røros and elsewhere in Trøndelag. Trondheim was closely connected to the larger cities of Northern Europe, and its wealthy class of citizens demanded the latest in European art, food and other luxuries.

From 1737, the Stadsmusikant in Trondheim was Johan Daniel Berlin (1714-1787). He was born in Memel in East Prussia (Klaipeda), and after seven years as an assistant himself of Copenhagen’s Stadsmusikant, he was appointed to the royally privileged position as Stadsmusikant of Trondheim. He soon took the position as organist in the Nidaros cathedral, and Vår Frue kirke as well, making him the most influential person on the music scene in Trondheim and the northern districts.

Among Berlin’s surviving manuscripts, we find numerous orchestral pieces, mainly symphonies and instrumental concertos. Apart from his own compositions, many of them are known works by known composers, whereof some are hand-written copies of contemporary printed editions, like Vivaldi’s opus 3 and opus 8. However, a few pieces are not known from elsewhere, and in some cases, it is uncertain if the name on the cover page is the name of the composer, or simply the owner of the parts. 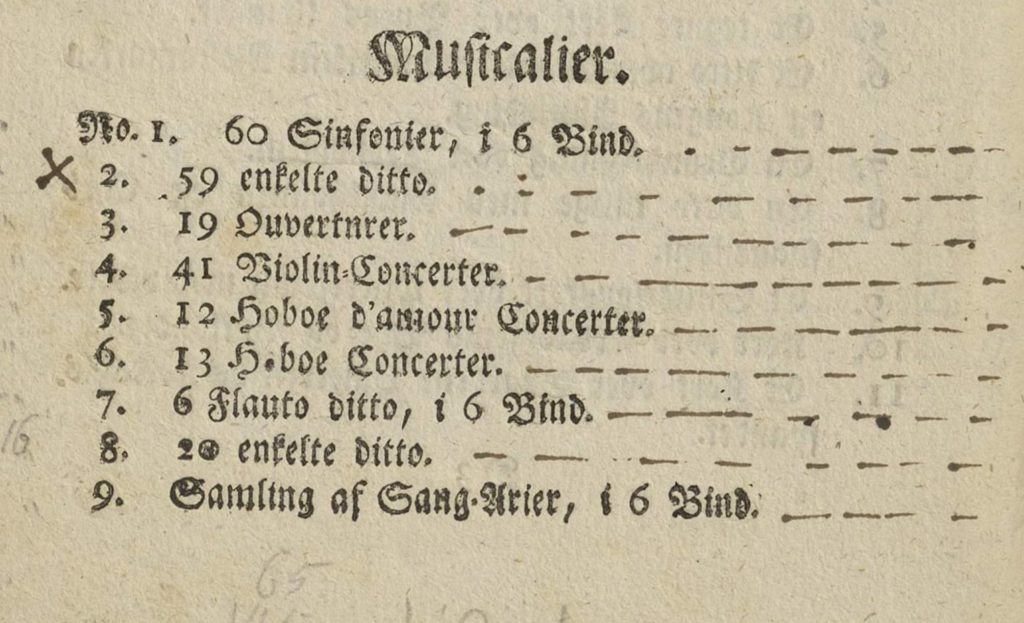 The other preserved violin concertos in the NTNU collection are:

The goal of this investigation is not primarily to establish the identity of the composers of the concertos that remain anonymous. Nevertheless, revealing the origins of these works, and mapping the routes they took to the 63rd latitude, would shed light on Trondheim’s and Norway’s cultural history, as well as rising awareness of Trondheim as a well-connected European cultural city through the centuries.

Most gracious and sincere thanks to Trondheim Kommune for awarding this work with Trondheim’s Cultural Grant of 2017.